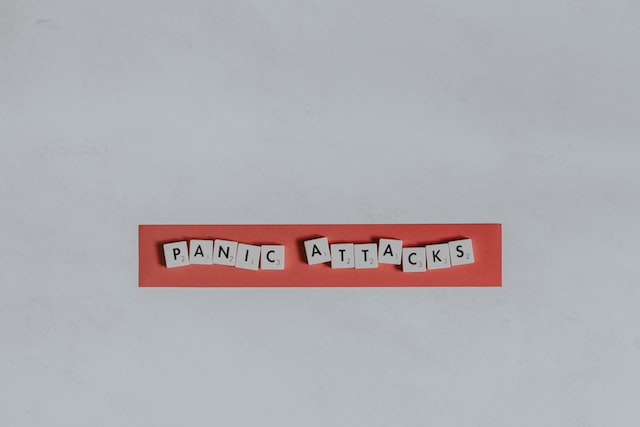 Panic attacks; how to get rid? Characteristics of panic attacks and causes. A clinical picture of an impending attack and the main ways to overcome it. Top strategies for preventing panic attacks. Panic disorder is characterized by periodic attack episodes with automatic and psychotic symptoms. Until recently, the term “panic attack” was not used, including the disorder in the neurological spectrum of panic disorder. This term was first introduced in the American DSM-III classification of mental disorders. Today, panic disorder is present in the International Classification of Diseases..

Description and mechanism of development of panic attacks

Panic attacks (PA) are acute conditions that develop over minutes and slowly disappear. Neuro-emotional symptoms and autonomic disturbances accompany it.

The pressing problem arises from the fact that the prevalence of panic attacks is quite widespread among adults and children. According to various statistics, 6% to 8% of the population suffers from such disorders. Most of them have never sought help from a doctor and are learning to deal with their problems independently.

This disorder can appear in both women and men. However, statistics show that the weaker sex is often subject to such influences. More than 75% of people with panic attacks are women. It is due to a much more significant lack of emotional state than men.

The age range for panic attacks is quite unclear. No matter how old a person is, they can develop this disorder. It usually happens between the ages of 20 and 40.

In each case, a panic attack can be caused by the influence of some external or internal factor. It does not matter for what reason the attack took place; the mechanism of its further development remains the same.

Anxiety and panic wave rises higher and higher. At some point, the experience takes over, and you can almost not control yourself. At such times it is even difficult for him to control his body. Emotional factors trigger autonomic nervous system responses. The dominant influence of the sympathetic part accelerates the heart rate and increases blood pressure. At such times, people may present a variety of complaints, depending on the unique characteristics of each person’s body.

Causes of panic attacks in humans

There are several theories about the cause of panic attacks. Most Western physicians think that the balance of biochemical compounds is the main factor in the development of convulsions. Any emotional strain and stress can cause changes in the composition of neurotransmitters. These substances are involved in the transmission of nerve signals. It is also known that a violation of their concentration causes some mental symptoms. The most critical biochemical triggers for panic attacks are serotonin, adrenaline, dopamine, and norepinephrine. Their balance regulates the mood and other emotional responses of the individual.

But it is not worth considering a purely biochemical theory of the origin of panic attacks as correct. Every healthy person usually has a lot of chemical reactions with the participation of these neurotransmitters. And this in no way causes emotional attacks. Therefore, it should be understood that there are other factors associated with fear in the case of high anxiety.

The personal characteristics of the individual are also of great importance. Everyone can react in their way to the events that happen around them, so the probability of developing PA is different for everyone. People with anxiety and suspicious things can wear themselves out from the ground up and create problems out of the blue. In the presence of a stress factor, they quickly form a vegetative crisis.

It is a misconception that overly emotional or sensitive people can develop panic attacks. It is believed that the manifestation of anxiety can occur without being limited to specific situations.

Given the sensitivity and emotional feeling, sometimes a specific trigger factor is needed to cause a panic attack of fear.

It can come both from the external environment and arise from the psyche of the person himself:

A panic attack is a special attack that starts fast, opens, and fades slowly. On average, its duration is from 10 to 15 minutes. For some time after PA, you may feel discomfort and a sense of emotional overload. Diagnosis of panic disorder is made in the presence of specific signs without visible provoking factors. That is, in situations where seizures occur that are not similar to each other, which can be different. The disorder involves the recurrence of symptoms regardless of stress or physical causes.

Common signs of any panic attack:

Symptoms of the disorder:

The increase in the symptoms of panic attacks in certain situations forces a person to leave the place immediately and pass it by. For example, if the attacks took place on different public transport, he would try not to use them.

Attacks can also be monitored when surrounded by people or when no one is around. In this case, a person will either avoid social or fear loneliness.

Features of the treatment of panic attacks in humans

Panic attacks are dangerous and can lead to unwanted and sometimes fatal consequences. Therefore, it is necessary to know how to treat a panic attack and be able to prevent it even before the onset of the disease. Psychologists, psychologists, and psychiatrists often help in this challenging task. Do not underestimate the role of a specialist in dealing with an actual condition that threatens a person’s quality of life. There are also some proven ways to overcome fear and control your seizures without the involvement of doctors.

This type of mental relaxation has long been known to people. All code words and concepts are mistakenly mixed because meditation does not involve any specific explanation.

With this method, you can reduce your sensitivity to stressful situations and increase resistance to emotional stress. In this way, a person learns to react correctly to events and prevent the development of panic attacks.

Meditation is a passive inner struggle that distracts the mind from heightened anxiety and fear. The personality tries to resist what is and builds a response to external or internal factors on its own. Many psychotherapies focus on the same principles as meditation practice. Their main goal is to teach you how to relax, let go of your fears and not let them get the better of you.

Meditation is far from promising quick recovery and visibility of results, but optimistic long-term predictions are guaranteed. A tangible change in panic attacks will be noticeable after a few months of practice. With its help, you can both eliminate the impending panic attack and prevent such attacks.

Getting rid of bad habits

The destructive effects on the body of drugs, alcohol, and nicotine only contribute to worsening symptoms. Many people try to silence their panic with the help of alcohol, but it rarely succeeds. To relieve an attack, you have to drink too much, which leads to poor health and is not worth it.

People with anxiety disorders are at increased risk of developing alcohol, drug, or cigarette addiction. Since they are more sensitive to outside influences, bad habits can play bad jokes on them.

It is theorized that one can use nicotine to pause or stop an attack and that smoking calms a panic attack. In reality, it binds the body not only to its fear but also to cigarettes.

Movement in the fresh air has a general strengthening effect on the human body. Muscle stress can distract from constant thoughts and occupy the mind with something else. Emotional stress is also quickly relieved by sports activities.

In addition to strengthening the body’s physical capabilities, the sport promotes calmer reactions. It leads to a reduction in the severity of a panic attack.

With sports, you can increase resistance to immune diseases. Morning exercises can give you the correct dose of energy, which is enough for the whole day.

To reduce the intensity and frequency of PA, it can sometimes be helpful to normalize your schedule, rest, and work schedule. Feelings of irritation and anxiety can cause insomnia. Good sleep can restore the functioning of the nervous system and reduce the severity of the manifestations of anxiety attacks.

Overtime wears down the body’s strength and, with it, weakens resistance to emotional stress. Therefore, the first step is to adjust the treatment for those who do not know how to deal with panic and where to start.

High-quality, balanced food guarantees a positive attitude and the correct functioning of the entire organism. Neurons are most sensitive to energy starvation and need some food nutrients.

An important role is an intake of essential amino acids and vitamin complexes necessary for the normal functioning of all organs and systems. If a person experiences energy hunger, then irritability, anxiety, anxiety, and several vegetative symptoms are only the first signs of a disturbance in homeostasis.

When using medication to treat panic attacks, one must remember that it is far from a cure-all for all episodes. It is impossible to cure this disorder only with medicine. Moreover, the abuse of pharmaceutical drugs has some significant disadvantages. First, it should only take them during an attack. It is tough to control and prevent panic attacks with the help of medication. Second, some of them are addictive with long-term use, and the frequency of episodes may increase without them. Therefore, they should only carry out drug therapy on a doctor’s recommendation. A group of sedatives is most often used to treat anxiety attacks. These drugs are fast-acting and are used to relieve an anxiety attack once. Suppose it is necessary to take drug therapy for a long time. In that case, a group of sedatives should not be given priority.

Panic attack, despite such an unpleasant external manifestation, is easily eliminated if the treatment is taken seriously. It should understand that this disease may not only be a sign of irritability or emotional distress but a whole disorder.