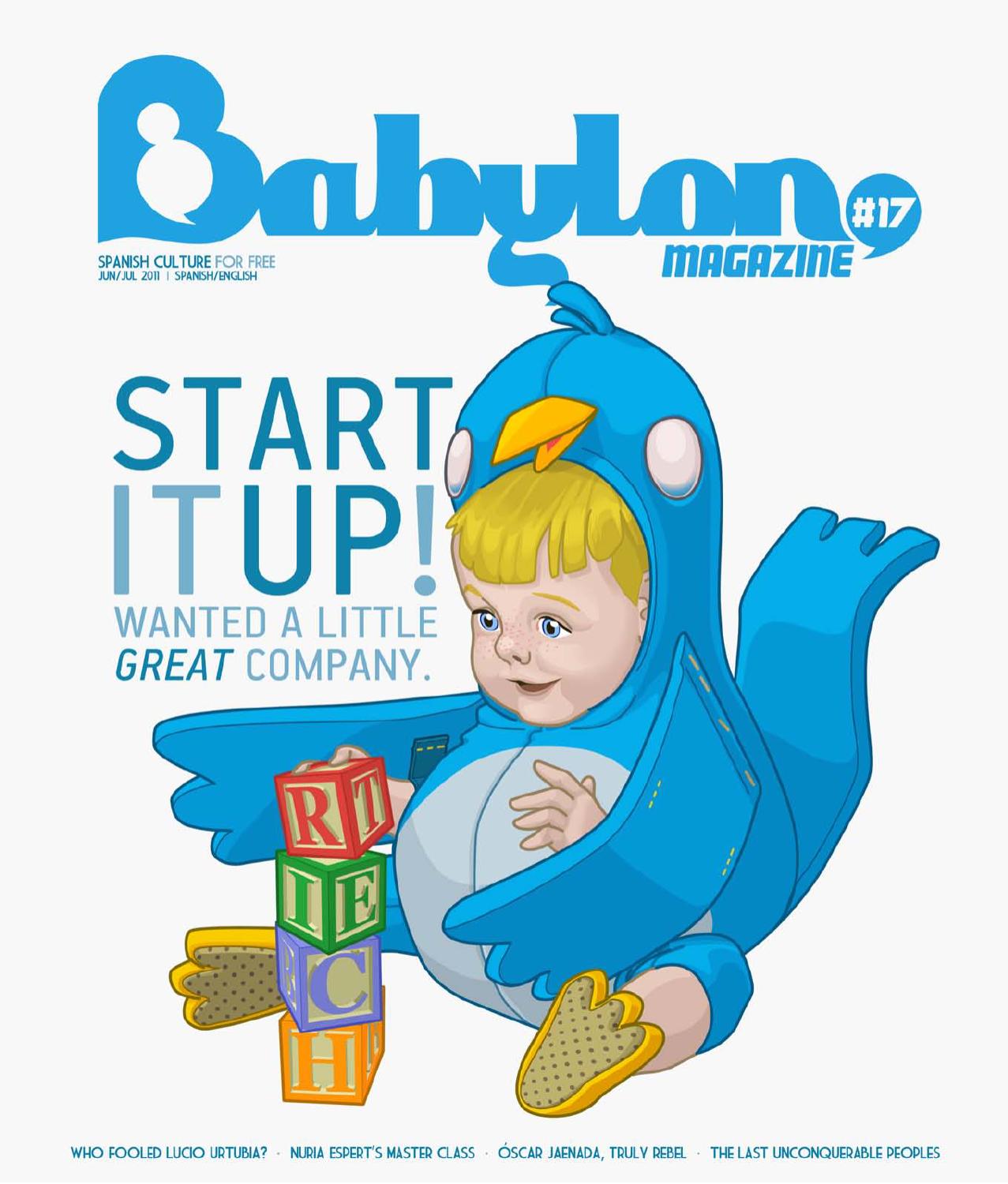 THERE ARE MANY WAYS OF CONQUERING A PEOPLE. One of those could well be some trousers.

The Yanomami live in the jungle in the south of Venezuela. They are a tribe without frontiers who inhabit huge areas of jungle where civilization doesn’t reach. They eat the ashes of their dead to give them vital energy, and they see themselves as children of the Moon.

Sometimes, welfare programmes have been organized in which the Venezuelans from the cities are asked to donate clothing to the Yanomami. But they, who go in for loincloths, on seeing trousers looked at them askance and asked why they might need them. They are happy just to be left in peace.

There are many ways of conquering a people. One of those could well be some  trousers. Another is violence. The Spanish arrived in the Americas en 1492. “It was the collision between a Neolithic world and another, a renaissance one”, explains writer Alfonso Mateo-Sagasta. In his Caminarás con el sol (You will walk with the sun – Grijalbo, 2011), he reconstructs the story of Gonzalo Guerrero, a Spanish adventurer who in the middle of the conquest went and joined the Mayas.

It took the Spanish 150 years to gain control of all the Mayan lands. Five centuries later, many pre-Columbus traditions are still practiced. Why in Latin America and not in North America? Mateo-Sagasta replies: “Because of the number that survived the conquest. In Latin America there were huge empires before the arrival of the Spanish, which they were able to supplant and take advantage of. In the territories that make up the United States today, there was nothing similar.”

Latin America is a jigsaw puzzle of cultures. Everything fits: from Neolithic tribes that hide themselves in the deepest depths of Amazonia to indigenous communities that have produced presidents for their countries. That’s the case of Evo Morales in Bolivia and, as far back as the 19th century, of Benito Juárez in Mexico.

Between 50 and 60 million indigenous people live in the continent, a part of the population that is very difficult to categorize, given the high level of inter-mixing between different races.

Language is the biggest sign of identity for these groups. Below the language monopoly of Spanish, English and Portuguese, there are a thousand living indigenous tongues, although many of them are in danger of extinction due to the aggressive pressure of US and European culture. For some of them, like the Maya, their roots are buried in 5,000 years of antiquity. The most important are the Quechua, the Guaraní, the Aimara, the Náhuatl and the Mapundungun.

Alongside Quechua, with five million speakers and the most widely spread of the indigenous languages of the Americas, is Piranhã, which is spoken by barely 100 members of the tribe of the same name and is the simplest language in the world.

The Piranhã, who live on a tributary of the Amazon in the Brazilian jungle, disregard numbers in their vocabulary, doubtless because they have no need of them. Colours don’t exist either. Nor oral tenses. Nor writing: Piranhã is passed on orally from generation to generation. This people have not elaborated myths about the creation of the universe. Perhaps the question about where we came from doesn’t torment them. They don’t even keep written or collective memories of their past. Their existence is confined to the present.

With just eight consonants, the Piranhã also talk with whistles, chanting and humming. Those who have listened to them say their sound is the sound of nature.

Their community is one of the many anthropological treasures that is hidden (and protected by) Amazonia. The Funai (The National Indian Foundation) estimates there are up to 77 tribes in the virgin jungle that have never had any interaction with our civilization.

Some 12 million indigenous people live in Mexico (11% of the population) divided into 62 communities, each with its own tongue.

The young filmmaker Luna Marán was born in an indigenous community in the Sierra Norte mountains of Oaxaca. She belongs to a generation that is not only proud of its roots but has also found in the media a tool for disseminating its culture and values.

Evidence of that is her documentary Me parezco tanto a ti, (I’m so much like you) in which, with freshness and naturalness, the old women and the girls from her community speak intimately about their desires and their hopes.

“It’s not about claiming rights with anything connected with indigenous peoples”, explains Luna, “although it’s true that we [the indigenous people] are accustomed to being looked at from outside to inside and not from inside to outside”.

Her informative work is centred on what we all have in common: “All the original cultures of the world have a harmonious relationship with the earth. It’s capitalism that confuses us. It convinces us that accumulating money is what makes us happy. What is important in my community is sharing, and not having more than another.”

Is this way of life at risk? “Yes, there is danger”, replies Luna. “The capitalist culture is subjugating. It tricks you. But I belong to a generation and a society that is conscious of its identity”.

Writer Juan Miguel Aguilera reconstructed in his novel Rihla (Minotauro, 2003) the Aztec world through the eyes of an Arab expedition that reached the continent before the Spanish. “The Aztec and Mayan cultures today are highly respected in Mexico,” he explains. “They are present in all aspects of life: food, clothes, languages, traditions. They are held in great prestige”. However, “while their culture is extolled, the indigenous people are relegated to the bottom rung on the social ladder”.

Luna Marán doesn’t believe in a direct link between indigenous peoples and poverty: “There are indigenous people who are very poor. But, also, there are many people who are poor who are not indigenous”. Also, “many communities don?t have money, but they do have other riches: well-being, peace. They live in beautiful spots without contamination and where there is no violence. The world can learn a lot from them”.

Some 40% of Ecuadorians are indigenous peoples, but historically that hasn’t prevented them from being reduced to the level of cheap labour.

While tourism companies fill their advertising posters with folklore images of the indigenous people of Ecuador, the true country dwellers, the ones that don’t appear in the photos, are living in a deplorable situation. Santiago Morales, of Fenadee (the federation for Ecuadorians living in Spain) says: “Things haven’t improved much. The indigenous Andean peoples are still bound, as they have been for centuries, to exploitation. And those that live in the jungle are still seeing their lands threatened by the timber companies”.

However, he doesn’t consider tourism to be intrinsically damaging: “Carried out well it can be a solution for saving the autochthonous cultures. As long as they don’t sell us as a (fairground-style) attraction”.

The collision between the soft indigenous logic and the capitalist version, more aggressive and designed for profit, is inevitable: “Faced with the culture of individualism and competitiveness, among the indigenous people, everything is everybody’s. If someone is building a house, everybody helps him,” explains Santiago. “Land is not a form of goods that one can own, buy and sell. It gives us the air, its fruits, it gives us water”, he says.

The love of nature is a fundamental part of the indigenous people. “The capitalists speak to us about growth. We value the good life and believe in the right to live without pillaging nature”.

It’s an ancient view of the universe; of an “ancestral wisdom” that does not offer economic benefit. It is passed on by word of mouth from generation to generation and takes in the simplest (and therefore the most basic) aspects of life: knowledge about the climate, about the properties of plants, about animals, about the land.

And also the language. According to Santiago Morales, “a people without a language are condemned to die out”. In the schools of Ecuador there is no bilingual education for those who speak Quechua.

Bolivia: the gateway to the sun

In 2006, Evo Morales, the son of an Uru-Aymara breeder of llamas, became the first indigenous president of Bolivia. The significance of his electoral victory is comparable with that of Obama in the USA in that both were a triumph for a historically disadvantaged ethnic group. The difference is that in the United States Afro-Americans are a minority. In Bolivia, on the other hand, the indigenous people make up 70% of the country’s population.

Javier Saavedra is president of the Association of Bolivians in Spain (based in Valencia). In his opinion, “the situation of the indigenous peoples in Bolivia has improved dramatically”.

After 12 years in Spain, he knows how hard it is to maintain roots when one abandons one’s country: “The indigenous person who moves to the city runs the risk of losing his identity. His way of thinking changes straight away.” So much so that demographic statistics do not consider indigenous people who live in the cities, away from their groups, as being so.

“In Bolivia rural life is very basic. There are villages without electricity,” explains Javier. “For a young person who goes off to a city full of amenities, how is he going to want to return to the old life? He will even renounce his chuño (the typical dish of the country)”.

Despite the danger of acculturation to which the indigenous person is exposed when they move, Saavedra considers that “the traditions are not in danger. Some are thousands of years old and cannot disappear so easily”.

That is true. Every 21 June a multi coloured multitude congregates in the ruins of Tiwanaku, on the high plateau, an hour and a half from La Paz, to take part in the summer solstice. It is sunrise that marks the start of a new agricultural cycle in the calendar of the Aymaras. It is the Andean New Year. The Earth, the Pachamama, offers its gifts to mankind, and they make offerings to it. The great star has been passing over the ancient Sun Gate of Tiwanaku for more than 1,000 years – a gate built by a millenniums old civilization that has since died out – renovating the world with its rays. It was that way before the arrival of the Conquistadors, the dictatorships and the multinationals. And that?s the way it will continue to be.