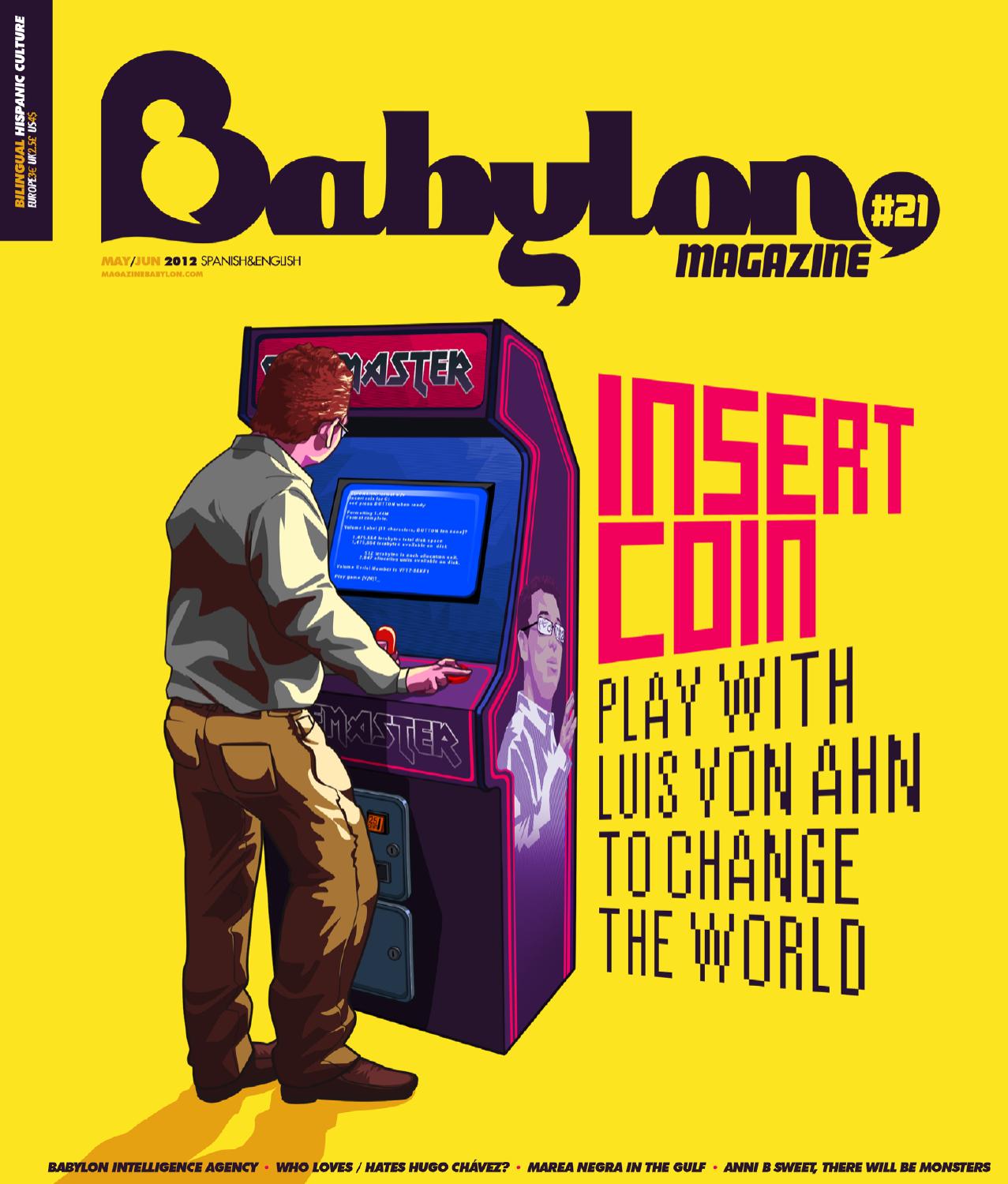 
GASTÓN ACURIO (BORN LIMA, 1967) LOOKED TO BE condemned to a life that was a closed menu: the only son of an ex- senator and ex- minister of Peru, his father wanted him to study law so that he could later enter politics. But Gastón broke the mould and cooked up his very own recipe. Today, he is one of the most influential chefs in the world and largely responsible for the rich Peruvian gastronomy entering haute cuisine.

More than this, he also has a noticeable talent as a businessman, opening restaurants in Peru, Chile, Ecuador, Colombia, Mexico, Argentina, Venezuela, Panama, Spain and the USA. In total, his franchises employ 3,000 people.

And on top of that, this chef is telegenic, a born producer of rounded phrases that delight a journalist. He has the skill to create seductive ideas that many experts in marketing would like to have. In other words, he knows how to sell his genius.

“I am a cook”, he explains. “Being a businessman was a second step for me, because I also cook up ideas. But I don’t do budgets, nor negotiations, nor sign contracts. I am a disaster in the office. My place is in the kitchen”.

Gastón Acurio is an exponent of the paradigm change that haute cuisine is experiencing. He studied at Le Cordon Bleu in Paris, the Mecca of chefs. On finishing his studies he did what was expected of him: he returned to Lima and opened a French restaurant.

“They educated us to be the most European possible”, he explains. “It was expected that I would be a Peruvian with a French restaurant in Peru”.

And that’s how it was to start with, but a change was gestating at world level. And this time Peru was not going to be left behind.  “For many years we bought into the French model of haute cuisine in which you have to have four tablecloths, a maître and a sommelier; in which you should have a cellar with a hundred wines. But why accompany meals only with wines in a world in which, for example, there are thousands of beers? The French model looks for exclusivity, and let’s not forget that exclusivity comes from exclude”.

Today, breaking this tradition, there are restaurants, a few with three stars from Michelín, that don’t have a wine cellar and the clients can take their own bottles. The two leading restaurants in the world don’t use tablecloths so as not to consume water. “Everything is changing”, explains Gastón. “Far freer models are being introduced.”

In effect, “no longer is there a unique centre. Today very different styles, that can be combined, live alongside one another.” Gastón gives the example of Denmark, “a model which many countries are importing. A cuisine that is sensitive about the environment. That idea is having a lot of success in Peru”.

Japan has also conquered the world “through the connection between its cuisine and nature, through the incorporation of natural aesthetics, through simplicity”.

And Spain? “Spain has invented creative freedom. A freedom that is applied to techniques, flavours, concepts, to the very playful experience of eating”.

“The greatness of current cooking is that all the chefs influence each other and are interconnected, without renouncing their own cultures”, he says.

Peru has moved into this scene as a leading player. Peruvian gastronomy is in fashion: “What Peru can bring to the world is cuisine as a source of happiness and the notion that the farmer who cultivates the potatoes is as important as the cook who prepares them.”

FROM SOUFFLÉ TO CEVICHE

The Peruvian chef hit the nail on the head the day on which he decided to abandon the soufflé and embrace his own gastronomic tradition, the one that surrounded him and he had grown up with. He sensed that with these ancestral flavours he could create concepts capable of seducing the international public.

His eagerness to do away with formulas also extended to fast food. “Fast food is not just hamburgers and pizzas”, he explains. “A Mexican taco can also be, or an anticucho from Peru. Fast food doesn’t necessarily mean that it is rubbish food. It’s what we eat when we have little time and it can be done well, with good products”.

The heart of the gastroempire of Acurio is the restaurant Astrid and Gastón in Lima, which he runs with his wife, the German chef Astrid Gutsche, and was recognized on the S. Pellegrino list as one of the World’s 50 Best Restaurants.

It’s there where Peru?s nouvelle cuisine is cooking. On the menu we can find starters like Minichifa de carga tacneño y gallina regional, (pumpkin and chicken in spicy sauce) and also Nobles causas del Perú, a dish comprising native potatoes and lima beans, crabs, avocadoes and organic tomatoes, with langoustines and crunchy fungi, marinated coca leaves and an emulsion of ocopa (a typical dish including potatoes and eggs) and prawns.

Among the main dishes you can try Cuy apolítico (sweetened guinea pig with a crunchy skin, a risotto of green corn with a tang of lime, Creole curry and a Lima salad) and Paiche orgullo amazónico confitado, made from croutons of potato bread, squashed baby potatoes and sausage laminated with fried eggs and a soup of wild Andean spinach.

The inspiration for the colourful menu at Astrid and Gastón comes from and refers to the title of one of Gastón Acurio’s books, 500 años de fusion (500 years of fusion). Also from traditional dishes like anticuchos, which were mentioned in Spanish texts from the 16th century, when the conquistadors arrived in Peru, or ceviche, marinated fish or seafood with a citric fruit dressing which was being prepared on the coast of Peru two thousand years ago.

Also pisco, an alcoholic drink distilled from grapes, which is winning over fans internationally thanks to its versatility for making cocktails.

Asked if the international success of his formula is a sign of change in Peru and Latin America, Gastón Acurio replies: “Yes, our continent is one full of rhythm and colour, of young people who want to work for themselves and not for the government. A continent that wants to conquer the world with its smile, with its flavour. Peru has always been a country only producing raw materials and this made us third world. Now we are capable of creating our own ideas”.

Perhaps that is why his chain of bakery shops, with outlets in Spain and the United states, was named Tanta, a Quechua word for bread. And La Macha, the corporation that comprises his businesses, owes its name to a local mollusc in Peru that was almost on the edge of extinction.

He doesn’t only talk about gastronomy: “Everyone is fighting for success in their particular fields. There are many roads. Peruvian chefs have our own, which is making policies from the kitchen. We can change the concept of a restaurant, promote the production of foods that respects  the environment, and organize social campaigns. Before we did European style cooking, but now we are liberating ourselves from those chains and embracing the biodiversity and multiculturalism of Peru”.

INSPIRATION FROM THE STREET

Traditionally, the kitchen has been a woman’s space. However, as a child, Gastón Acurio went there precisely to get away from women. “I had four elder sisters who came home with their friends, with their boyfriends. The kitchen was the only place where I could hide from the feminine world that invaded my home”. It was there that he discovered the cookery books of his grandmother and, despite not understanding them because they were in French, the fuse was lit.

“When I was nine years old I spent the pocket money my father gave me on buying squid in the market. Then I cooked it and, of course, it turned out a disaster, a horrible mess that couldn?t be eaten. But that was how I began”.

Gastón always liked being outdoors from when he was a boy. “Ideas are in the street, in conversations with people. It’s there where you learn. What you know already can’t bring you anything. You have to discover”.

Curiosity is what powers him: “I have known people from very different places and economies. They have enriched me. For me it’s been fundamental not to shut myself in the kitchen, to rediscover the street, to deal directly with the market trader. All this enriches my dishes”.

Today Gastón Acurio rubs shoulders with Arzak and Ferran Adrià, but there was a time when he had to live his vocation in secret. At the start of the 90’s the profession of chef in Peru didn’t enjoy the prestige that it has earned now. While his parents believed that their only son was preparing himself to be a minister by studying law in Madrid, Gastón abandoned the faculty to put himself in the kitchen. He had to live a double life at the time.

“It was a relief to tell them the truth”, he says, recalling those times.  “It was hard, because nobody wants to cheat their parents. For them to have a cook as a son meant the same as a bum. My father had been a much-loved politician in my country and he wanted me to follow in his path. He took me to meetings, he gave me books… it was a great deception that I turned out to be a cook, but I wasn’t born to warm a bench in parliament. Strangely, I now do more politics in the true sense of the word than if I had studied law”.

After finishing their studies in France and returning to Peru, he and Astrid took two years before opening Astrid  and Gastón, then a French restaurant. They did it thanks to a family loan of 45,000 dollars. They were difficult times. Sendero Luminoso had just been defeated, but foreigners still saw Peru as a dangerous country.

“For seven years we worked like donkeys”, recalled Astrid in an interview for Peruvian television. “Gastón arrived at the restaurant at nine in the morning and left at two in the morning. We washed the table cloths at home”.

Their own friends recall that, at the opening, the restaurant had barely any clients. Gastón felt very dejected. But the following day more tables filled. And the next day more still.

And so it’s been until now.

Eighteen years have gone by since then. They have achieved many victories: in 2011, Gastón Acurio was chosen to be one of the 20 most influential chefs in the world by those taking part in Madrid Fusion, where he gave an address on El nuevo gastroimperio latino. On his visit to Spain both Juan Mari Arzak and Ferran Adrià hailed him.

“It was a very emotional moment”, he recalls. “They are two people who I admire.  Adrià because I learnt about freedom from him, and Arzak? I am a chef because of Arzak”.

Gastón Acurio declares there to be three keys to his job: “First, humility, which lets you learn to question yourself, to value others. Secondly, generosity, to not think about the cash till but the smiles of those who are eating. Thirdly, freedom”.

Gastón has two daughters. On Sundays he cooks for them at home. Always simple things.  “To be truthful, I’m boring. I always do the same thing. Home is not a place for experimenting, but where I recover the feeling of play, of simplicity”.

Feelings are fundamental for the kitchen: “They are everything. Sadness may generate a beautiful poem or a great painting, but never a good dish. If you are sad, either you pull yourself together or don’t cook.”